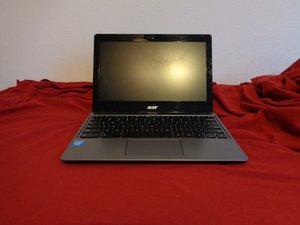 The C720 is a low cost Acer ChromeOS based Chromebook. Released 2014 successor to the C710. 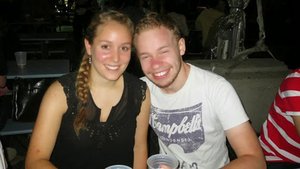 I spilt water on my Acer C720p Chromebook recently (the c720p is the same as the c720 but with a touch screen) and everything works fine, except for the battery.

Initially the keyboard didn't work properly, some keys would press the ones next to them at the same time but this stopped after the computer dried properly.

But the problem is that now my Chromebook only works when it's plugged in and (at least according to the Chromebook) the battery never rises above a 1% charge.

I've tried reseting it, both by turning off developer mode and also with a powerwash option in the settings but no luck so far.

I've seen a couple of pretty good videos on replacing the battery on YouTube but I've heard from some tech friends that it could be caused by damage to the motherboard so that it doesn't recognise the battery rather than the battery itself. Any ideas?

Odds are the motherboard did take damage. The battery itself should not really be harmed by the water, but possibly the contacts are corroded. Typically water damage will effect the motherboard and it can take out random things which may or may not be immediately noticeable. They can even be very small things. I would follow the motherboard guide to take everything apart. Take a look at the battery and its connections. If you see any buildup on the battery possibly replacing it would work, but doubtful honestly. Look over the motherboard to see if there are any water stains which should look like very faint white circles on the board. If you see these you will want to replace the motherboard if the issue is of great concern to you. Otherwise you can just continue to use it until it with your problem until it dies out.

Can you help me fix it guys