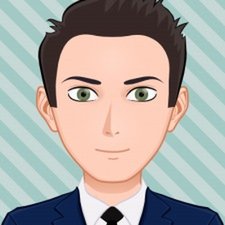 Upgrading Logic Board with Core Duo to i5?

If so, it would be much apreciated if you would give me some advice on how to replace it and alert me to anything that i should take mind of, like mounting issues, ports, and maybe some solutions do those issues!

On advance, i give you my humble thanks :)

Sadly, its really not possible.

Apple changes things around to such a point you really can't fit a different series logic board into your system,. Here's the EveryMac spec sheet for you system and the first possible i5 system:

As you can see the ports alone are different and are not aligned the same within the case. You can also review these IFIXIT guides:

As you can see there are enough differences in the heat sink and the mount points that you'll need to over come.

Basically, it will be cheaper to buy a used newer model than retrofit a newer logic board into your system.

Not really possible, please read above for the full details.Time for a newer system (new or used)

You can swap freely between early and late 2011 (again for faster processors and Apple-undocumented design flaw revisions).

The 2012 13”, at the least, has a different SATA cable than the previous years, and a couple of connections on the logic that are transposed but within the tolerances of the cables on the 2011; and I have not experimented with this swap out, self.

On the 15”, you lose that freely swapping ability between 2009 and 2010 because the changes in board design to use the i5 vs the Core2Duo moved other things around on the board.

When in doubt, you can lookup the board replacement instructions here for the different years and compare the pictures and notes.

Thanks again and I hope you find the time to answer my queries.

Does someone know if there’s any manufacturer who builds personalized motherboards? This would be a really interesting idea in order to recycle many good hardware cases, even if they ended being a usual PC. For example: replace apple broken logic board 2011 for a new EFI motherboard (asus, MSI EFI) to keep working computer with Linux or whatever OS you prefer.