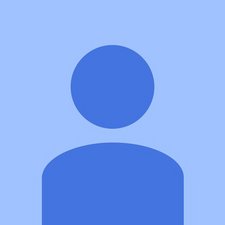 Where is the reassembly. video?

Where is the reassembly video ?

iFixit isn't a big company, and it isn't a rich company. Although much of the content on this site is created by iFixit staff, a very large percentage is created by participating members like you and I. We ask and answer questions; we add detail and correct mistakes in repair guides; we create our own repair guides. And we do it on our own time, to expand the pool of knowledge for everyone who comes here.

Most of iFixit's guides have no video at all. Many of iFixit's full teardowns (which are usually made when a new device is first released) do have video, as the teardowns are often live-streamed as they happen, and it's easy to post the video once it's been made. The iPad Mini 2 (Retina) has video; the iPad Mini 3 does not - only still photos of the steps. Since the Mini 3 teardown was done the day after the iPad Air 2 teardown, which was live-streamed, it might have been seen as unnecessary.

It's unlikely that iFixit's staff is going to go back and create a video for a model that's been discontinued for over a year; that takes money and time they probably can't spare. But that doesn't mean you can't create a teardown yourself, and post it here. Then there will be a first-gen iPad Mini teardown for the next person who wants one.

In the meantime, if you're trying to solve a particular problem, you can start with the guide list for the iPad Mini CDMA, which covers most of the steps in a full teardown. I suspect the iPad Mini 2 teardown will also cover many of the same steps in video.

And the general convention in iFixit guides is: Reassembly is the same as disassembly, but in reverse. I find it handy to print out the guide for the operation I'm doing, and tape each group of removed screws/components on the sheet at the step where they're removed. Then, when I'm putting the thing back together, the bits are taped right at the place in the guide where they need to go back in the gadget.

How to Create a Teardown