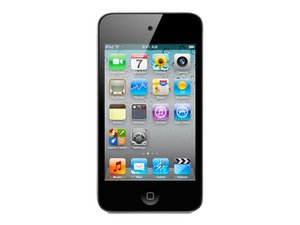 How do I fix a wet iPod?

My iPod dropped into the toilet and got wet, what shall I do

Does it still power on? Can you connect it to a computer?

At first I would follow this Guide Electronics Water Damage then reevaluate. sometimes a new battery and a good cleaning will take care of it and definitely less than a new iPod.

It would cost you more than a new iPod Touch to have them repair it, but like oldturkey said, you might be fine with a good cleaning and a new battery.

you should first try to dry out the iPod completely before plugging it in.

I've heard that storing your device in a container covered with uncooked rice for a day or two will help dry it out. the dry rice will absorb a lot of moisture.

I've not tried the rice trick myself, but my flip phone went through a full wash & spin cycle. didn't work at first but taken apart and given about a week to fully dry out, it started working again.

it works! I've used it on several phones and a few iPods.

@bac don't use rice, it never works. People say "o use rice it fix my phone" wait a week. It won't work anymore. After a while, you might as well just get a new iPod. Give it a new battery and clean the logic board with rubbing alcohol (90% or above) see if it works.

it would be better if you start your own question - that way we can prevent some mixup problems.

i'm not the biggest fan of putting a almost sealed device with a soldered power source into a bowl of rice - the water stays to long in the unit and the power could still be there - shorting a lipo battery could be dangerous - so disassembling is the only way. i usually desolder the battery while working on the logicboard.

the water residue has to be carefully removed with ipa and a soft paintbrush.

now i have 2 choices

1. i think i will open it myself but i don't have any tools or knowledge, should i go to repair shop?

2. bleach the now red indicator to turn back white and go to the store - maybe they will give me a a new one ( i think i shouldn't do this ,it's fraud)

but this is my only 3 month iPod !

hi fai, number 2 would be fraud and won't work at all - the indicator is not the only thing that shows the water damage (despite the fact that bleaching the indicator wont work).

repair shop would be an option - i don't know if you have someone in your area who do those kind of repairs.

markus ,thank you very much

i'm in Thailand and i think i will go to apple store. is it too expensive ?

maybe you should look for a cell phone repair shop. i would do it for "pak tchup päng thot" - but the shipping to germany would be extremely expensive (and the veggies wouldn't taste that good after a month on the road ;-) )

There is a new type of cat litter made from the same type of desicant used in electronic packaging, those little packages of clear balls that say don't eat me. The cat litter is easy to identify. It comes in a clear plastic box with green and white balls. This stuff absorbs moisture 10 times better than rice and its dust free. Put the wet device in a air tite container on a layer of cat litter finish filling container with litter. Let sit several days. If it works afterwards you be lucky.

doesn't putting it in an airtight container prevent evaporation/trap moisture in? I've always had the best results with open-topped bowls.

I let my iPod sit in my window( when it was cold) in the morning at it got wet. The part that got wet was were it says menu and stuff. It only works with my iPod boom box. But if I want to use it by itself it won't work. I can only change the songs with the boom box. Any suggestions on how to fix it?? Or should I save up and buy a new one?

I feel like a knob. What happened? After taking a bath with my ipad2 mini many times over, the eventual day happened where it slipped into the tub. Oops !!! Yikes !!!! This happened Jan 20 2017 at approximately 1600 hrs MST. I tried getting it out right away. Yes it was powered ON. Yes it went totally under. Yes I got it out in about 3 to 4 seconds. (Pretty talented eh?). And guess what? Dried it, tried turning it off, screen went weird and it went off by itself. OK, well that's pretty good. Maybe it shorted out, maybe it just decided to take a nap. But off was good for now. Looked online for what to do. Rice. Some people say that is no different than just sticking it on a counter and leaving it for a few days. I don't really want to open it. See, I replaced the home key on another ipad and I am getting lazy. So I want something that may be easier. And no, I am not going to take it for repair, cause I don't think it is worth it. So today, after 48 hours of giving my ipad2 rest in rice and under a counter, I decided to give it a go. Tried starting it nothing. Tried plugging it in and charging. Hey, look there is the Apple logo, and then it kind of died again. Noticeably, there was still obvious moisture in the screen. Hmmm. Here is what I am trying now.

I got an electric Fan and have the blade area covered with a garbage bag and tied around the cage with a twist tie so that the bag will blow up when fan is on. We have obvious pressure in the bag and the motor part of fan is outside of the garbage bag of course. No need to burn out a good fan. Now on edge of bag, cut hole big enough to place the ipad2 inside partways (about half-way) with the speakers and charger ports inside the garbage bag. (Ipad would be 1/2 in bag and 1/2 outside so you can see it. Now Tape up the area around the ipad to form a seal so that no air gets around the ipad.

Now, on low speed, let the bag inflate. It should be full enough to provide some air pressure. Hopefully there will be enough pressure to push some air through the ports inside the bag, through the ipad and out to ports on outside of bag.

Well it's a bit more aggressive than the rice/desiccant technique. And I just don't want to get into opening it up. So I am going to give this a shot. I will let my fan run for several hours in hope that it will do a better job at drying out internals compared to rice or waiting. I will let you know about what happens in a few more days.

Sorry, just to be clear what I am working on is an ipad Mini 2. For those who are interested.

Well, there is quite a bit of condensation/water inside there (can see that through the display). I think it probably makes more sense to open it up as that is really the only way it is ever going to have a chance.

I decided patience was the best thing other than opening it up. Over a number of days, placed ipad mini in window with Sun ... not really too hot though. Also at night, placed it in sealed container with minute rice. I knew it was working because my router could see the ipad and then I started up the ipad and Siri started talking. Did this for a few days off and on. After a few more days, I got the screen back, all good. Totally functional.

The screen is very good, a few minor white blemishes near bottom which seem to be continuing to clear.

I was going to open it up, but it is totally 100 % operational in all respects except for the screen which I give a rating of about 95 to 98%. So I could open it up and risk breaking something, or I can accept what I have and continue to watch it and see if it improves.

In my case, patience and waiting seemed to pay off. I was going to open it up today to clean it out properly, but a little voice inside said, "don't". May end up with a broken Ipad mini 2, and currently, it is doing just fine for my purposes.

Hope this has helped someone.