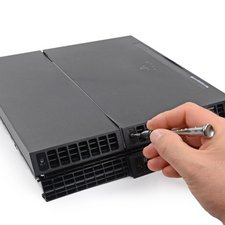 Can u confirm if the power brick of the european version is 100v-240v as well? pls i need this information

Could anyone confirm that the PSU will support 240v ? Anyone with picture evidence? I.e of the BACKPLATE of the PS4 and the PSU ratings on the same picture?

@Marius, check the link in my original answer, go to step 14. That is why ifixit is way superior. Teardowns actually reveal most of the question users will have :-)

So my question remains unanswered.

@Marius, I guess the only way then for you to find out for sure, is by taking yours apart...

" The power supply is rated at an AC Input of 100-240 volts. This means you can take your game around the world with your trusty PS4 always at your side; just remember to bring your power socket adapters. " from here. 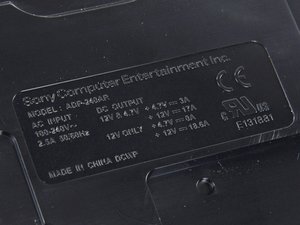 oldturkey03 Is that the power source inside a CUH 1001A ?

Its confirmed, its stated 120V on my box but its actually dual voltage and can be use internationally. 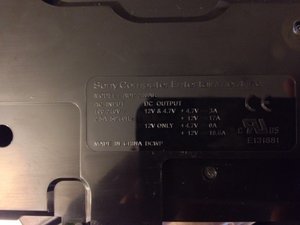 Confirm US bought playstation from Amazon are dual voltage. I open up mine and confirmed it!! Plug it in and its dead.....hahahah have to return it, must be one of the faulty batch!

Pls see my picture that i posted up. its the US version with the label stating 120V on the box, and after dismantling the PS4 i found the same power supply as ifixit....its dual voltage 120V to 240V. SO DONT WORRY GUYS AND GALS......THE PS4 IS A UNIVERSAL GAME CONSOLE AND ITS DUAL VOLTAGE!!!!

Ok guys this is the final answer and please take note!! All ps4 models irrespective of region or model number are dual voltage! It's a portable console so it can travel with you to any country from 110v to 240v since it has a voltage regulator build in. I'm living in Malaysia with 240v but I'm using an Amazon PS4 from US with a rated 120v without any issues!!!

I have the same question.

Per the FCC sample label...

yeah saw that too... but the test kit is identical to the consumer product. as ifixit shows the PSU supports 240... question is if the PSU is in all models the same or not. the model I have is the US version that amazon sent out on 15th.

I do not think so because on the outside of the console is also 120V. I think I'm going to unscrew it. I'm way out of Netherlands, you?

I'm in Poland right now... don't really want to open it - when are you opening it? I have confirmation from a few people that it's def. working.

ok. I want to see with my own eyes before I put into 230 volt plug. lol

exactly what I thought... can you let me know the moment you have it open? it's killing me not to know if i could just plug it in :P

I plugged it, although the technician of sony customer service has forbidden me to do it ..

The technician wanted you to buy an European model.

Take a look at this guys.. I just asked the sony support for this..

see for yourselves.. hope it helps!

Charles: Hi, my name is Charles. How may I help you?

Reploid: Hi Charles! thank you for your help.. I have a question about voltage and power for the PS4 system.. I would really appreciate if you could give me the most honest answer and not just "what the hardware manual says"

Reploid: I live in the US but now I came to another country for vacation and brought my new PS4

Reploid: I found many links on the internet who says it is.. but of course nothing official from sony

Reploid: they open the ps4 and see the power source directly and is 110-240v even though the external says only 110v

Charles: I generally recommend getting a converter. Too much voltage is definitely not good for the PS4.

Charles: If the PS4 is already at the maximum voltage and a surge happens or something, it doesn't have that extra capacity.

Reploid: ok ok.. but let me see if I get it right.. first, are you saying it actually is capable of being plugged to 220v ?

Charles: I do not recommend it.

Reploid: as far as I know there are 2 things.. 1) a converter that allows you to go through power peaks without burning your console.. (because energy varies from time to times in some countries) and there are transformers which transforms energy from 220v to 110v

Reploid: the 1st one i know i have to use it for the peaks.. but the second one i am not sure

Charles: Unfortunately, I have no information on converters or adaptors to override territorial restrictions.

Reploid: i understand... but my question is.. if all the units made have the same components inside (the ones i sent you in the link)..

Reploid: or if sony changes components depending the destination country of its products (wich is very unlikely because of the costs that this would imply)

Charles: I only have information on North American consoles. I'm not sure about consoles from other countries.

Reploid: and they are all the same?

Charles: Within the U.S., yes they are.

Charles: The consoles are built to be used here.

Reploid: ok.. perfect.. in the link i sent you they open a US console and the power source inside says 110v-240v even though the outside says 110v

Reploid: how can this be?

Reploid: (and they open 3 different consoles on 3 different shipments within the US... Amazon, Gamestop and I have seen some bought in walmart)

Reploid: is there a reason why the label outside does not state the real capacity of the components inside?

Charles: The are recommended for 110v.

Reploid: which does not mean it will burn if connected to 220v right?

Reploid: (sorry to push this much but its important..)

Charles: We cannot guarantee any damage will not occur during constant use of 240v.

Reploid: ok I see... so one more question (please answer yes or no): Is the power source INSIDE the north america version of the ps4 labeled 110v-240v? (independently of what does the console says outside)

Charles: That is all the information I have on this subject.

Reploid: ok, i see.. well thank you.. it didn't answer my question completely but if all the consoles are the same then the components within them should be the same too.. I understand you don't have or can give any different information on the subject.. thank you for the help Charles!

"I generally recommend getting a converter. Too much voltage is definitely not good for the PS4" WRONG! if it supports 240V is even better. Higher voltage means less current if the power is kept the same, which is the case of every electronic device.

I know this is an old thread.

But I just moved from Australia to the USA and cb confirm the Au 230V version (as it is marked), does still work in us. It just needs a power plug adapter (not a power converter).

OMG! I have been looking everywhere to see if I can find someone who made the move from Australia to Northern America with their PS4. Finally found the answer. Thanks alot. Is it still working fine? Could you let me know which model number you have?

According to the European PS community. Yes you can!

Listen guys, not very model is the same.

I have unboxed mine took everything off and I cannot see the battery because they screwed the aluminum plate via the other side.

I'd recommend all of you guys to buy it at your local country, and if its not available just wait for a couple weeks.

With that money I could buy one in here and have no problems at all.

I have a chance that my Playstation 4 will not last that long and because I opened the !@#$ up I dont have any warranty.