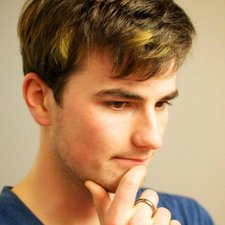 Okay so I've looked a lot of internet forums and I can't find the answer. It's frustrating because 85% of them tell you to put your iPod into DFU mode and the other 15% ask you to make sure you have the latest version of iTunes. So here's to hoping you can help me.

I bought a logic board online, and sourced the rest of the parts from ebay, broken iPods, and a couple other websites. I basically built this iPod from spare parts, for better or worse. But I'm at the point now where I'm trying to restore the firmware on my device (currently 6.1.2, iTunes wants to update to 6.1.2). I've tried DFU mode, a PC and a Mac, two different cables, restarts, resets, charging the battery and even replacing the battery. But it still won't complete the restore process. iTunes will unzip the package, and then it "verifies" the restore, at which point the screen will come on (it should be noted that no amount of pressing or holding buttons will turn the screen on - it will only come on during the restore process). When the screen comes on it shows the Apple logo with a loading bar - but the bar is at 0% and never moves. iTunes then changes from "verifying" to "waiting", and after about a minute the iPod's screen flashes white and it disconnects from the computer offering me an Error 9, which is related to the connection between the iPod and the computer.

Not all the parts are attached. The front facing camera and wifi antenna aren't attached at this moment, but I've tried with and without both cameras and neither way seems to make a difference.

The parts aren't all produced at the same time, and may have different manufacturers.

The iPod was working better earlier, and even to one point had iOS up and running. This was about a week ago.

iTunes instantly recognizes the iPod, but iFunBox does not.

The two cables I used are not Apple certified, but work on my other iPods just fine.

And ideas? I'm at a loss. Could it be hardware failure, and how could I diagnose that?